The 5/25 Challenge – Finding Your Focus

Finding Your Focus with the  5/25 Challenge

I have a confession. Every year for my birthday, I ask for 72 hours at home with no kids.

Not so I can lay around and watch Netflix and do nothing. It’s so I can clean my house with no interruptions. We aren’t just talking a good cleaning, we are talking level-ten deep cleaning, purging and organizing. I literally go through every inch of my house and clean and organize it. I finish projects I have been putting off, no matter what they might be, and I get them done. I get rid of stuff and I make sure that everything is in order from top to bottom. Just sitting here thinking about cleaning out closets, organizing cupboards, decluttering every inch, and getting my house in ship-shape order gets me all excited.

And here’s why. It’s refreshing to have a clean slate and to have a completely done to-do list. And when I feel refreshed, I feel motivated. And that motivation fuels me to take on whatever the next big goal around the corner is.

All of us, I believe, have unfinished projects or metaphorical cluttered closets. They are these things that build up and keep us from being able to control our time in the way we want to and work the hours we want so we can live the way we want. They could be actual projects like setting up systems or re-branding or decluttering our house, or they could be different types of things like developing confidence or implementing more self-control. Or it could just be the chaos of life that comes along with raising a family.

I was sick all last week, which put me behind on things for this week. In one week’s time, I was supposed to be launching a new project. I was also working with my web developer to finish the our new website so I was ready for the launch of the new project. I had two other big projects to finish up. I had ten weddings to edit. I needed to update all my guides and workflows for the new year so I could start booking at my new pricing. I needed to finalize my social media calendar for the rest of the month. I had a list of 45 tasks that needed to be done, could have already been done, or no longer needed to be done, I just hadn’t looked at the list in over a week. I had three appointments with clients that week, two photography sessions, and my nanny was  leaving out of town for 12 days. I had at least four loads of laundry to be done, I needed a haircut, both my sons needed a haircut, my daughter is in a stage where she wants me to literally watch her do everything, like “mom watch me blink, mom watch me breathe” and I had just had Raviolis for breakfast so obviously we needed to go to the store.

Do you ever have days like this? Do you feel the same desire that I did to crawl back into bed and just ignore all of it? Do you sit and stare at the lists and not know where to begin?

Here is the reality….We have all been there!

We all get bogged down by work, we all have weeks from you know where, and we all get behind on occasion. But it’s what we do with those cluttered closets and unfinished projects and the time we have to deal with them that is going to make us or break us. I can’t say that there aren’t times when my schedule goes to pot, but that has become the exception, where there was a point in my life when it was the norm.

One of the best ways that helped me figure out where to start and how to stay on top of my projects and things I was working on was to become more focused on a few projects at a time. I came across the following exercise and it was a game changer for me. This is one of the best ways that I have found to be able to get on top of never ending projects and never ending ideas. It’s a simple strategy from Warren Buffet that we can use in just about every aspect of our life and business.

With well over 50 billion dollars to his name, Warren Buffett is consistently ranked among the wealthiest people in the world. Out of all the investors in the 20th century, Buffett was the most successful. Given his success, it stands to reason that he has an excellent understanding of how to spend his time each day. From a monetary perspective, you could say that he manages his time better than anyone else. And that’s why the following story caught my attention. Let’s talk about the simple 3-step productivity strategy that Warren Buffett uses to help his employees determine their priorities and actions.

Mike Flint was Buffett’s personal airplane pilot for 10 years. Flint has also flown four US Presidents, so I think we can safely say he is good at his job. According to Flint, he was talking with Warren about his career priorities when his boss asked the pilot to go through a 3-step exercise. Here’s how it works…

STEP 1: Buffett started by asking Flint to write down his top 25 career goals. So, Flint took some time and wrote them down. (Note: you could also complete this exercise with goals for a shorter timeline. For example, write down the top 25 things you want to accomplish this year.) So stop reading right now and do this.

STEP 2: Then, Buffett asked Flint to review his list and circle his top 5 goals. Again, Flint took some time, made his way through the list, and eventually decided on his 5 most important goals. Again, stop reading right now and complete this step.

STEP 3: At this point, Flint had two lists. The 5 items he had circled were List A and the 20 items he had not circled were List B. Flint confirmed that he would start working on his top 5 goals right away. And that’s when Buffett asked him about the second list, “And what about the ones you didn’t circle?” Flint replied, “Well, the top 5 are my primary focus, but the other 20 come in a close second. They are still important so I’ll work on those intermittently as I see fit. They are not as urgent, but I still plan to give them a dedicated effort.”

To which Buffett replied, “No. You’ve got it wrong, Mike. Everything you didn’t circle just became your Avoid-At-All-Cost list. No matter what, these things get no attention from you until you’ve succeeded with your top 5.”

There is power, I believe, in minimalism and simplicity. I like getting rid of waste. Don’t organize, eliminate. I think that eliminating the inessential is one of the best ways to make life easier, make good habits more automatic, and make you grateful for what you do have. That said, getting rid of wasteful items and decisions is relatively easy. The difficulty lies in eliminating things you care about. It is hard to prevent using your time on things that are easy to rationalize, but that have little payoff. The tasks that have the greatest likelihood of derailing your progress are the ones you care about, but that aren’t truly important.

Every behavior has a cost. Even neutral behaviors aren’t really neutral. They take up time, energy, and space that could be put toward better behaviors or more important tasks. Like maybe Netflix – it isn’t bad to watch TV, but you also walk away from Netflix not really having accomplished or gained anything. We are often spinning in motion instead of taking action. This is why Buffett’s strategy is particularly brilliant. Items 6 through 25 on your list are things you care about. They are important to you. It is very easy to justify spending your time on them. But when you compare them to your top 5 goals, these items are distractions. Spending time on secondary priorities is the reason you have 20 half-finished projects instead of 5 completed ones. Eliminate ruthlessly. Again, don’t organize, eliminate. Force yourself to focus. Complete a task or kill it. The most dangerous distractions are the ones you love, but don’t love you back.

This 5/25 exercise has been a total game changer for me. It has given me a new level of drive and focus. I know that it will do the same for you. If you loved this and want more, I invite you to check out theblueprint™, which includes my free course The 24-Hour Work Week where you can learn how I effectively built not one, but two, successful businesses all while still giving most of my time to my family. Time, after all, is our most valuable currency.

Are you a photographer looking to have a new drive, new focus and take back your time and your life? Tired of always having to choose between business and family? Well, then let me introduce you to theblueprint™! 30 lessons, weekly live coaching calls, built in accountability and everything you will need to build a business that is a benefit to your family and not a burden! Let’s be #bettertogether!

« Previous Page
Next Page »
see all my favorite reads -

the perfect place to dive in to the on-course communications program. 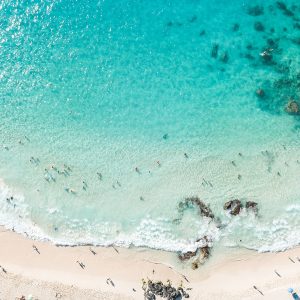 A FACEBOOK GROUP FOR Ambitious Women to become Experts in Communication

Learn alongside others, follow the On-Course Communications framework, and get tips for streamlining and improving your own content. You can even submit your own work for editing!

let me edit your work for free!

Let's get to work!

This comprehensive list includes 50+ areas where your business communication strategy needs to be crystal clear for conversion and impact.

Ready to start your On-Course Communications journey? Getting the checklist is the perfect place to dive in! 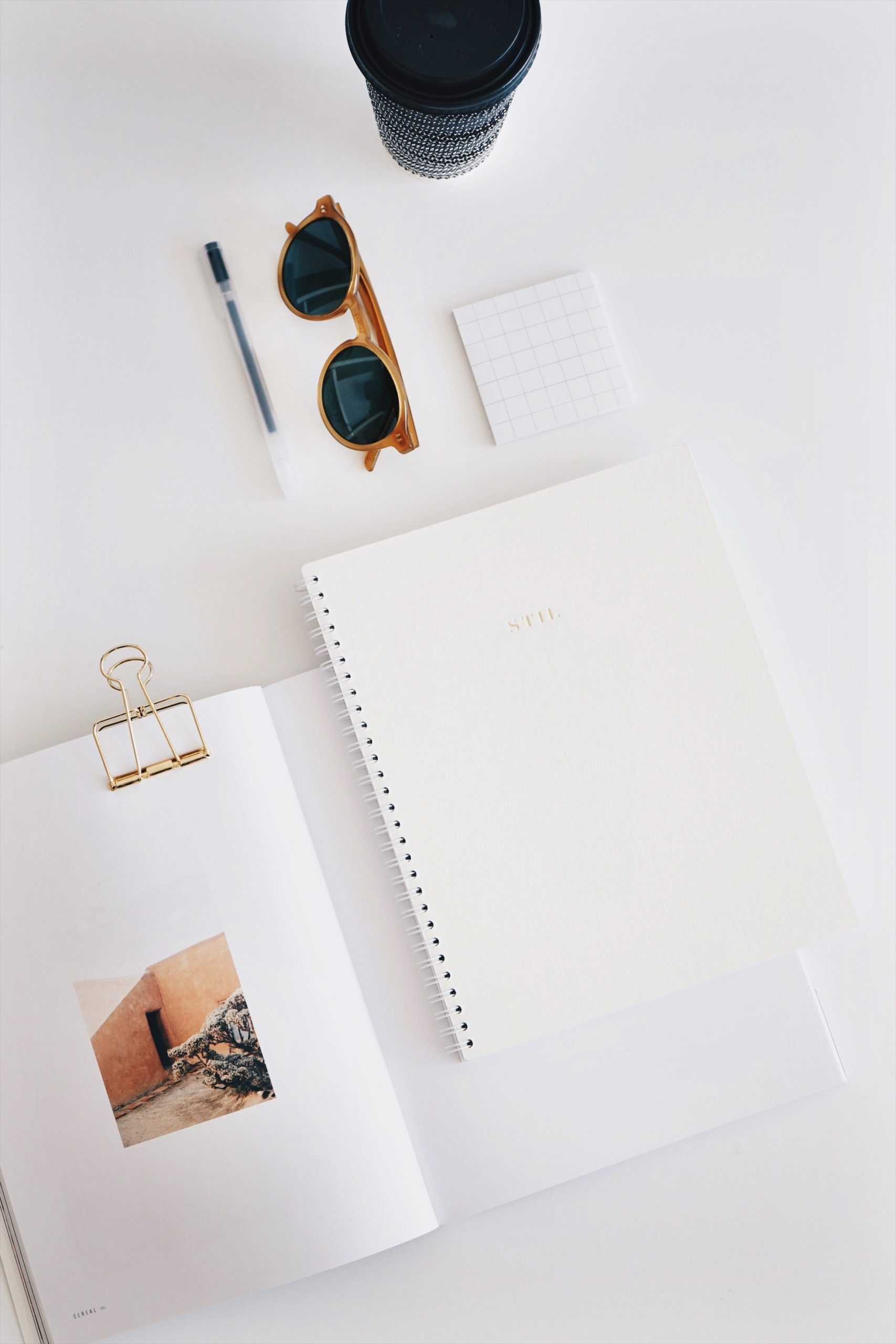 unmuddy your message and steer into a sea of profitability